I promised my mother that I would clean this space when I retired. It's a small room with one window facing east. It’s been quite the project. Not one to do things halfway, or knowing when to stop, I'm fully immersed! We got rid of the computer desk and one of the shelving units. My oldest brother took one and I’ll probably use one for my clothes in the guest room. There was a lot of genealogy stuff that this brother was happy to take. He came upon diaries my father had kept from his 20's and 30's; it's fascinating reading and so wonderful to have found. This room hadn’t been cleaned in a long time. I recently started up again when my youngest brother called me out for abandoning the project. Well, I'll show him! I took a vacation from all projects during the holidays.
I’ll rip up the rug and replace it with a pink and green one from my sister that I had in the parlor. It “clumps” up and drives me crazy but that’s my most-used room. This room will have one large desk and my great-grandmother's gateleg table, which I have to repair. This space will hopefully be used by my mother for paying bills.
I’ll paint the ceiling, install a light fixture from my guest room and clean up and oil the paneling. I’ll use the curtain rod I found upstairs in my mother’s house and hang curtains from her or me. But right now I’m working on removing the third and final layer of wallpaper. I’m almost done. Then I have to spray and scrape the wallpaper backing that’s left. Then patch holes, prime and paint the drywall Salisbury Green. Thankfully my mother trusts me, having seen my makeovers of her living and dining rooms. 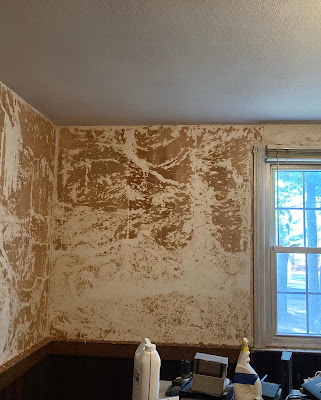 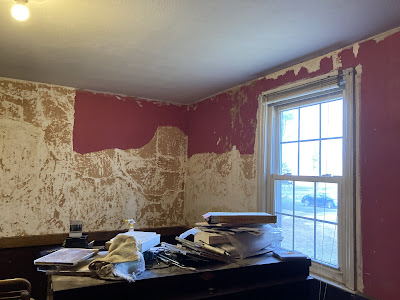 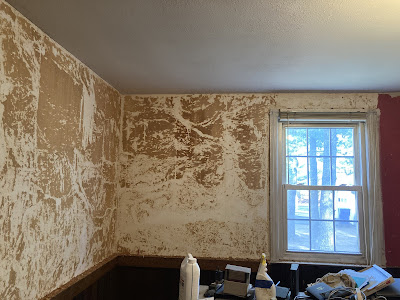 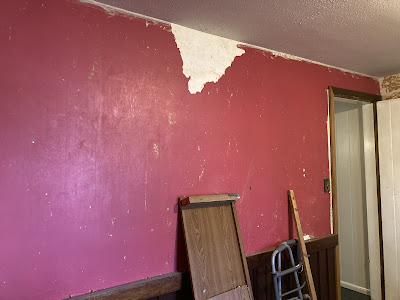 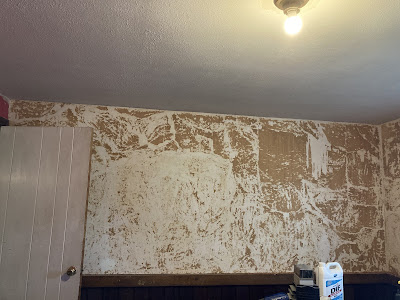 But right now I’m working on removing the third and final layer of wallpaper, which was apparently painted bright rose. I’m almost done. Then I have to spray and scrape the wallpaper backing that’s left. Then patch holes, prime and paint the drywall Salisbury Green.

This is in the early stages after we’d already removed some stuff. 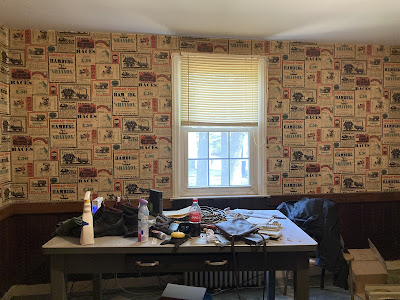 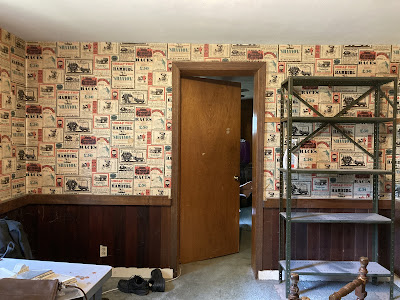 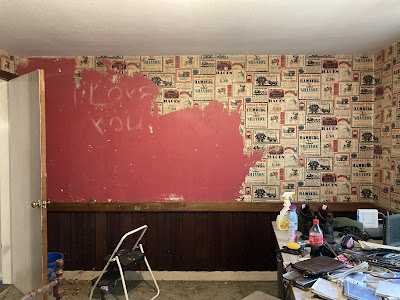 My mother always loved Americana/Colonial Style and this wallpaper references nearby Hartford and New Haven, Connecticut. Thick wallboard had been installed on top of plaster. This house was built in 1945. It's a really nice, large brick home with a bedroom, bathroom and family room addition. 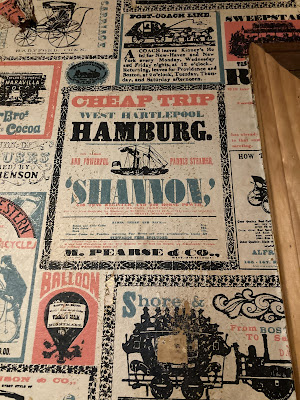 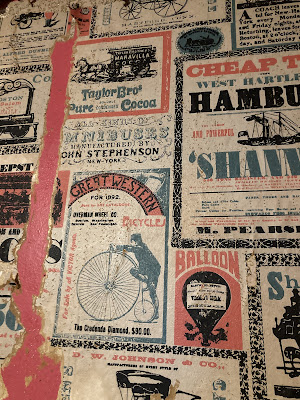 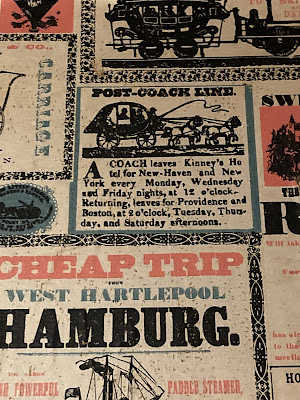 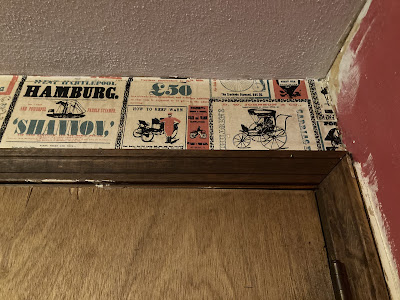